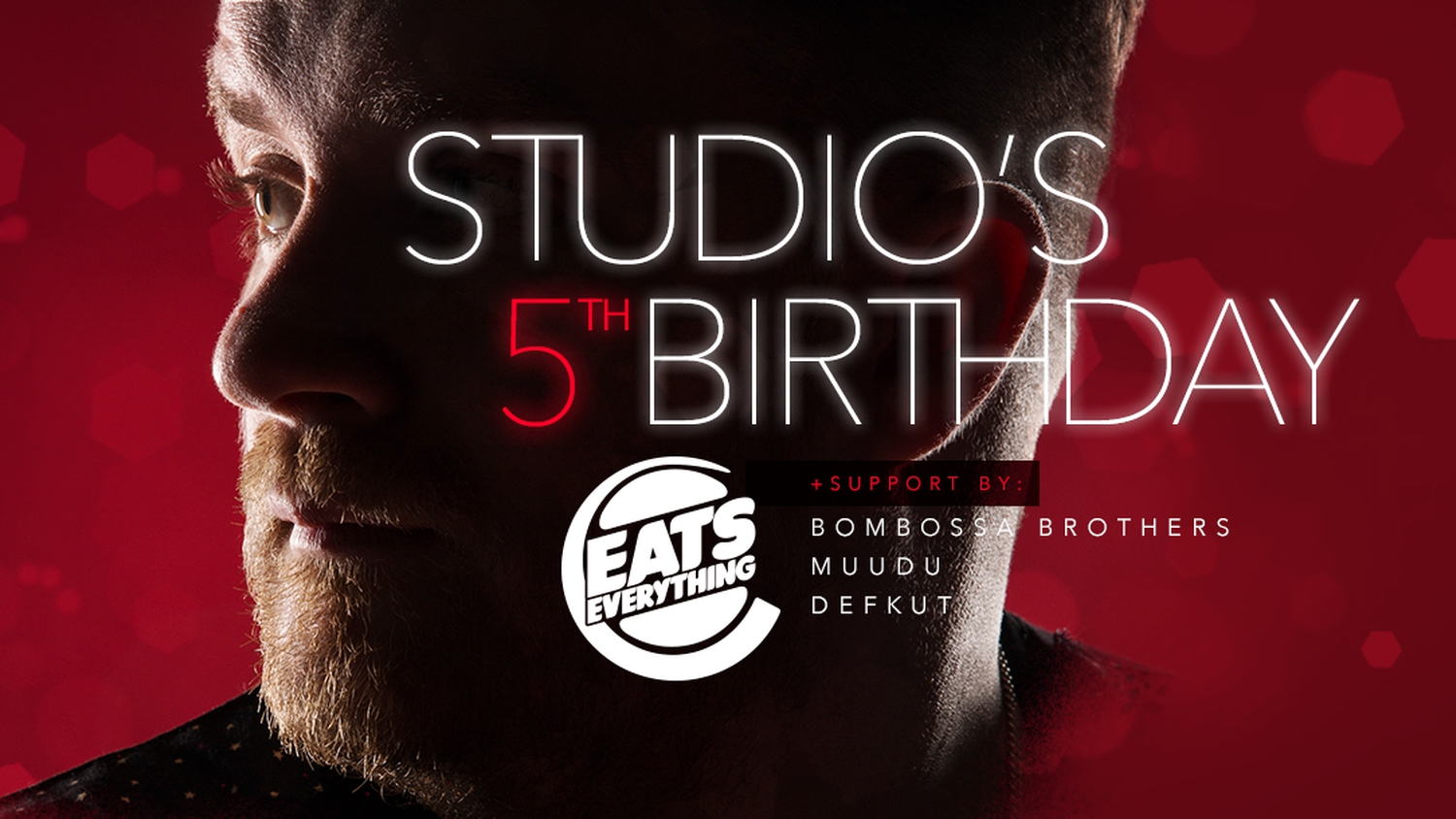 Few producers in the history of dance music have made such a rapid and far-reaching impact on the electronic music scene as Eats Everything aka Daniel Pearce. This larger-than-life beat maker is at the forefront of a swathe of talented producers to come out of the West Country Bass Epicentre known as Bristol, defining an entirely new strand of forward-thinking underground music.

Dan’s journey began in 2011 with the fittingly titled debut ‘Entrance Song’ on Catz N Dogz’ ‘Pets’ imprint, which was championed by the likes of Seth Troxler, Carl Cox, and Jamie Jones. Dan’s next two bass-laden bombs, ‘The Size’ and ‘Tric Trac’ were picked up by Claude Von Stroke for his flagship Dirtybird label and the rest, as they say, is history.

Gobbling a path accross clubland with unstoppable force, his first twelve months saw Dan surpass a number of milestones. He won DJ Magazine’s ‘Best British DJ’, became the only DJ ever to do two BBC Radio 1 Essential Mixes within the space of a year, and was charted at #13 in Resident Advisor’s Top DJs poll. Releases like ‘Jagged Edge’ and ‘Vertigo’ attained “underground dancefloor anthem” status, meaning Dan’s figure would be in the limelight for some time to come.

He has also released remixes for a broad selection of labels, adding his midas touch to the likes of Jamie Jones, Totally Enormous Extinct Dinosaurs and Four Tet. His blinding ‘Reruff’ of Justin Martin’s ‘Ruff Stuff’ was one of the biggest tunes of 2013. 2014 saw Dan bring fresh life to a modern classic with his majestic remix of Disclosure’s ‘F For You’ and also contributing the lead track, ‘Adam’, from 20/20 Vision’s 20th Anniversary compilation, ‘Content’. Not forgetting, the transatlantic collaboration EP with Justin Martin, ‘Hello Mr. Jello’.

All this is without even mentioning his skills as a DJ, which have gained him a reputation of one of the scene’s most on-point party starters. Always one to go with the moment rather than to meticulously plan out sets, one such example was an off-the-cuff set with Claude Von Stroke in Ibiza. What started off as a casual lunchtime spin to 40 people finished nine hours later to a crowd at least ten times bigger. The owner of the club then went on to say that in ten years of living on the Island, he’d never witnessed a party flow so naturally, ranking it in his top ten Ibiza moments of all time.

2015 started off in a typically hectic fashion for the hardest working man in dance music, Dan Pearce aka Eats Everything delivered a two CD compilation ‘Fries With That’ on Hypercolour, launching the mix with a very special intimate Boiler Room party from his favourite Fish and Chip shop in Bristol earlier this year. Recently, Dan has played sets at Snowbombing, Ultra Music Festival and at Coachella as part of JESuS.

With work on his own Edible imprint, a relentless touring schedule trotting around the globe and his own Edible movement, Eats Everything continues to prove himself as one of the UK’s finest dance music exports.