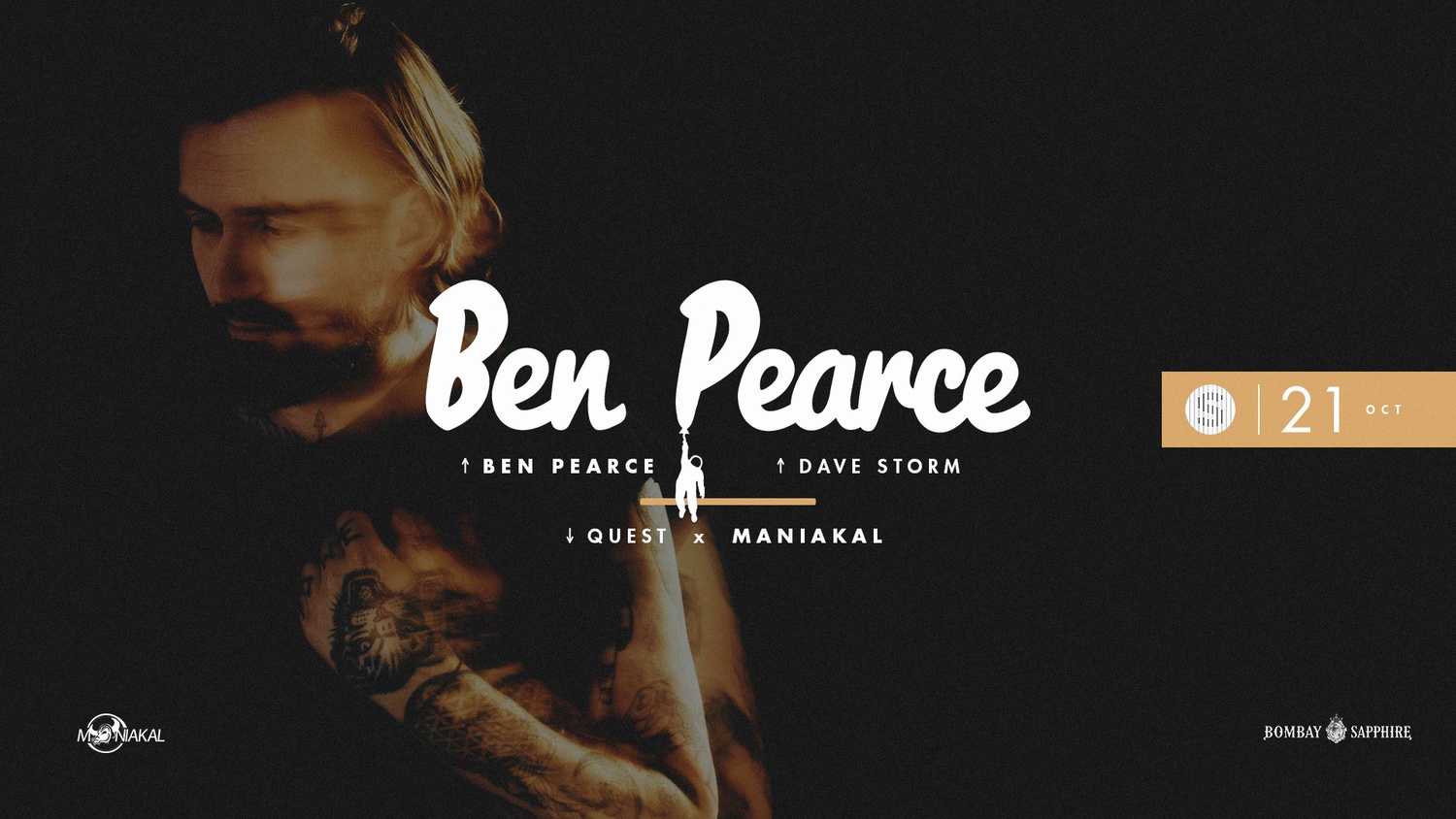 It’s been a fascinating journey for Ben Pearce so far; his prowess as a producer has led to an exhaustive list of accolades, plaudits from his peers and idols alike, and taken him around the globe on tour and made him a household name. Lying at the core of his success is a high work ethic, natural talent and a deep knowledge and appreciation of music in all its forms. Ben’s tracks resonate with a broad cross-section of dance music lovers, transmitting emotion while also keeping the dance floor bouncing. As comfortable producing for bands as he is cooking up his own solo productions, Ben is a versatile musician with eclectic tastes and a sophisticated approach to music making. Parallel to his musical artistry, the first-hand experience Ben has gained through countless appearances on the big stage - from Ibiza to Miami, to Amsterdam, Sydney and beyond - has made him a formidable selector. After taking a few months off in late 2016, Ben has returned to the business with a fresh perspective, renewed energy and enthusiasm plus a batch of new jams centred around his ‘Ascension’ project.

In the fast-paced world of music, it takes a lot of courage to make the decision to take time out and reflect. Ben’s sabbatical allowed him to take stock of his career so far and realign himself, coming back strong with a new focus. The focal point of his new chapter is the ‘Ascension’ project – a series of EPs based on a story created entirely by Ben himself. During his time off, he channelled his love for writing into the Ascension narrative, a semi-biographical work which has been a great source of creative inspiration for Ben, acting as a catalyst for his subsequent studio sessions. ‘Ascension’ provokes questions about the realities of being a prominent face in the world of music; how do you cut through the sea of ‘noise’ on social media? What is success? How do you maintain a fruitful career? Who do you turn to when you’re not feeling good?

The music is mature, groovy, danceable and representative of an artist who is relishing the opportunity to be free from any preconceptions or self-imposed pressure to live up to expectations. On the first EP he takes us through a cosmic journey, through Earth’s stratosphere and up into the stars. Delicate beats shuffle under mesmerising pads, spine-tingling melodies spark moments of euphoria and uplifting riffs keep spirits high. It’s the first of four EPs in the series and sets out Ben’s stall in a bold, uncompromising manner. Future EPs in the series will touch on the darker side of his experience, together with forays into ambient and other styles of electronica.

Alongside his solo work, Ben has been pushing the buttons behind-the-scenes for indie band April Towers, working on their forthcoming album at the legendary Dean Street Studios. The relationship began when Ben co-produced their single ‘Get Recovered’ in 2016, it has allowed him to further expand his repertoire and broaden his experience. The April Towers project is the perfect accompaniment to his electronic music endeavours, demonstrating Ben’s ability to branch out beyond the confines of 4x4 beats and inject his talent and experience into other areas of music. The ongoing project is set to launch sometime in 2017.

Ben is back on the road touring every week, with gigs steadily flowing in from across the world. A party favourite, he has a strong global fanbase and deservedly so – his sets traverse the spectrum of dance music, from deep to straight up rave and everything in between. A dexterous reader of crowds, Ben has the ability to connect with an audience and take them on a journey with every set. Thanks to a renewed approach to his gig schedule, Ben is able to give each performance his all – giving himself, and the audience good vibes from start to finish.

The story is still being written, with Ben’s own cosmic adventure providing the inspiration for his touching new body of work, as he continues to create his own destiny. Join him as he tears up the rulebook, proving that it’s possible to do it your own way, at your own pace and by your own definition of success…

#Nightlife in Tallinn #Ben Pearce #What I Might Do