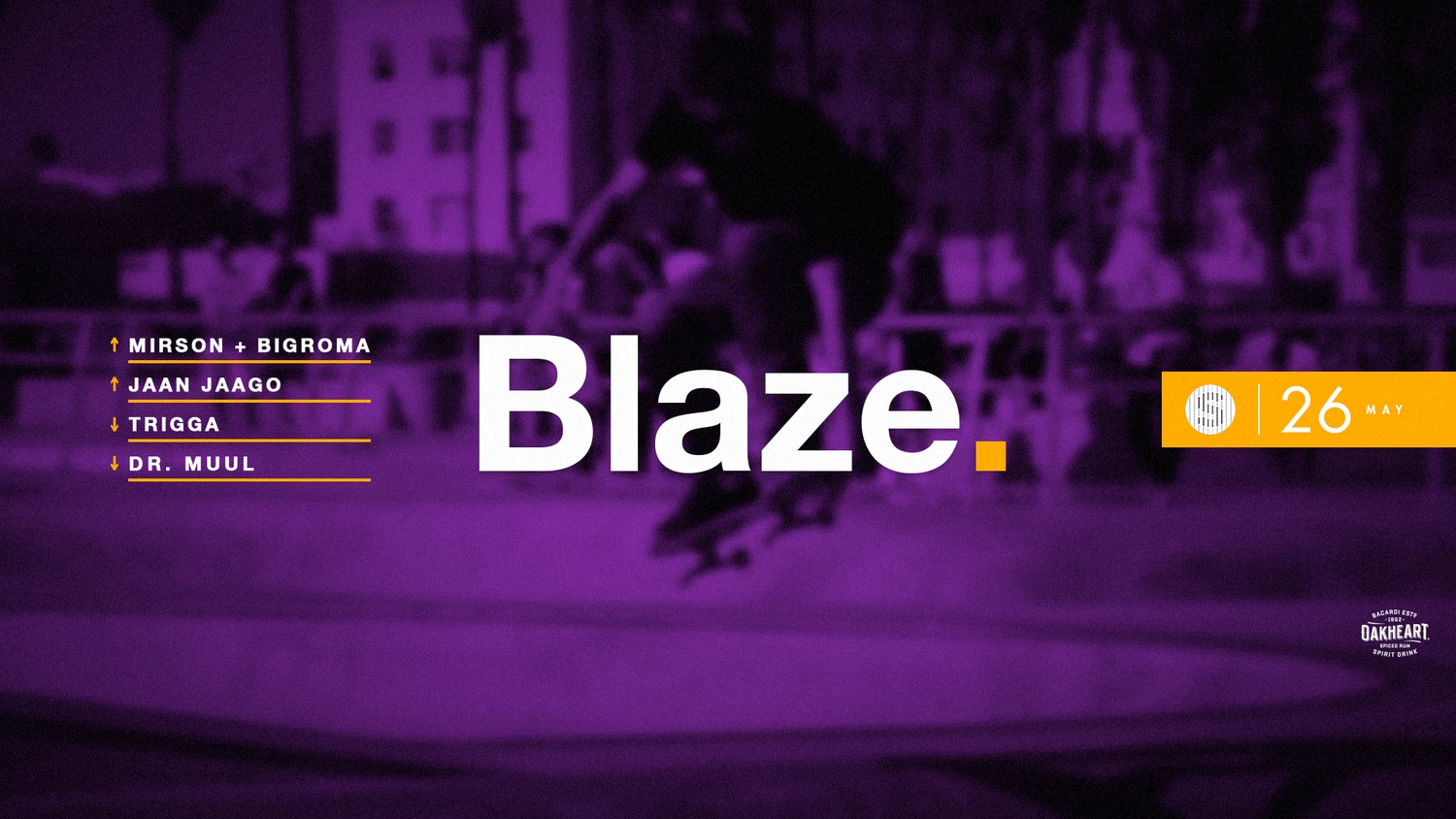 Yes, we know that You've actually perfected Your own chore for Bodak Yellow. We also know that when the first beats of Post Malone tune in, You suddenly sit in Your white Bentley instead of the Toyota Avensis, wearing 4 blings and run the epic music video through Your head.. Stuck in traffic.

Man! The same! But we've got good news - BLAZE. Party, where nobody dares to comment Your version of Gucci Gang, because - there's a tiny piece of Lil Pump in all of us. Word! We've gathered the cream of the top DJ's. Just because You could demonstrate Your dance moves to a bigger crowd than Your mom and cat. Or so You could throw coins into crowd, instead of dollar bills. We really don't mind, because yung money gäng-gäng. LET'S BLAZE! Skrrrrrt.