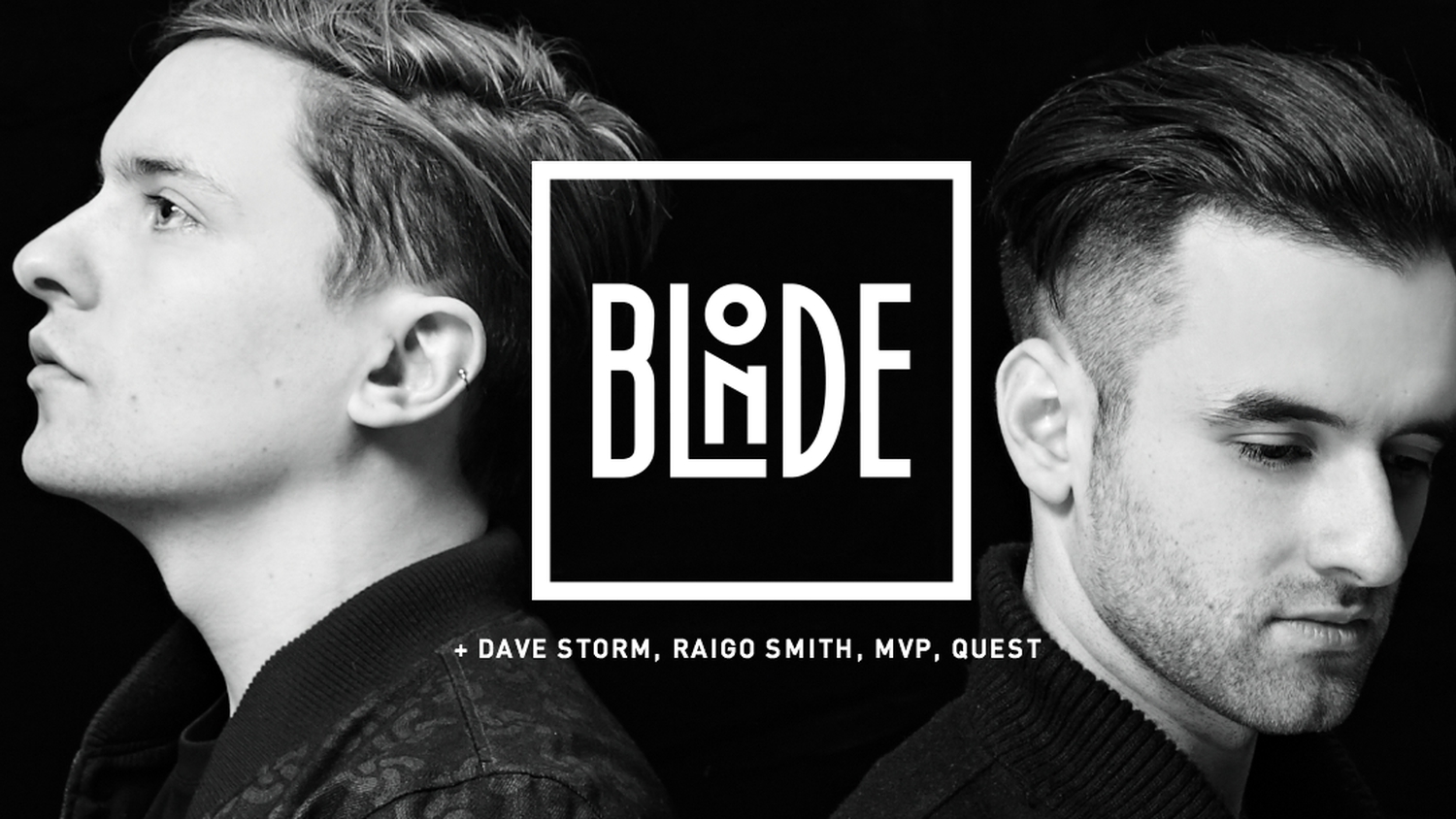 Blonde - a DJ/production duo from Bristol made up of Jake and Adam.

Informed more than ever by a plethora of largely undiluted underground influences, the current wave of British pop is in its healthiest condition for years. The likes of Rudimental, Disclosure and London Grammar have used specialist sub-genres as the starting blocks from which to make huge zeitgeist-defining pop records – in the process, providing compelling evidence that pop is no longer the dirty word that it once was.

Another vital contributing factor to the trend is the ease of access to technology. Rewind just a few years and aspiring musicians would need to fork out for a range of instruments and extensive studio time just to create a basic demo. Now a wannabe producer can craft huge ideas from nothing more than a laptop and some cracked software.

Similarly, whereas geographical factors have been of vital importance in the past, now they border on being entirely irrelevant. And these three concepts all feed into the story of electronic duo BLONDE.

Like so many others, Leeds-based student Jacob Manson was looking for an outlet for his production work which he created under the pseudonym Thieves. He drew up a list of like-minded blogs to approach and ultimately picked Eton Messy, a YouTube channel which existed to promote new electronic music in all of its guises – now it’s a mini-empire which also encompasses events and a label imprint as well as almost 250,000 subscribers. “That’s the one that I liked the vibe of the most,” he recalls. “But I didn’t really expect to get a response.”

Down in Bristol, Eton Messy’s Adam Englefield liked what he heard and was impressed enough to post the track. The duo kept in touch. First, Manson was invited to remix Englefield’s production project Beluga. They collaborated remotely on a bunch of ideas together over the course of several weeks

“We didn’t really have serious intentions towards getting signed or anything like that. It just seemed like a fun thing to do and we really enjoyed the music we were making,” recalls Manson. “We also realised that it didn’t sound like either of our projects at all, so we had to come up with a new alias for it.” And so BLONDE came into being.

The overwhelming reaction to the first track they released, the Bieber-sampling leftfield house of Talk To You, showed that they had a project worth pursuing. There was but one catch: the two members of BLONDE hadn’t yet met. Manson left Leeds to visit Englefield in Bristol – ironically the city that he grew up in before leaving for university – where they met at the White Bear, a local bar linked to the city’s infamous Shit The Bed club night.

“We had this weird little first date like we’d just met on Tinder and had decided to meet up,” laughs Englefield. “We had the same progression through music with similar tastes in both the past and the present. He was just the sort of person I’d have been friends with had we lived in the same city.”

They both agree that Bristol is a huge influence from the welcoming nature of the local, multi-genre music scene to the accessibility of local residents including Massive Attack, Portishead and Roni Size. “They’re just very talented people with no pretentious to them,” adds Manson. “It’s a really inspiring place and spiritually somewhere that you’ll always have a connection to.”

As BLONDE gathered pace, their music evolved in all directions – a little house, elements of R&B, an occasional garage influence and a whole lot more. As Englefield explains: “We wanted to do something more upbeat and happier but we didn’t really set out in any direction at all. We work at different tempos and in different time signatures. It’s pretty hard to pigeonhole us. Our music is more about the vibe rather than the genre and I think that’s true about a lot of acts right now.”

Approximately nine months after debuting their first track, BLONDE signed to Parlophone. “It’s a healthy gestation period. For a human baby. But quite quick in industry terms,” quips Englefield.

Since then, the duo’s focus has been on creating material for possible inclusion on their upcoming debut album. Mixing electronic genres at will, the material largely focuses on the changing fortunes of romantic relationships.

Around the core BLONDE duo, there’s a scene of recurring vocal talents at a similarly emergent level. There’s Hannah-Rei who Manson first noticed performing in a local bar; SonyATV songwriter Cass Lowe; Zak Abel, who recently signed to Atlantic; and Ryan Ashley who has joined the RMP roster alongside the likes of Disclosure and Jessie Ware. Ashley will feature on the next single, Foolish.

“It really exciting for us to be part of their journey,” they both agree. “There’s so much depth of talent out there at present.” The future is unwritten, but the forecasts all suggest great things ahead for BLONDE.