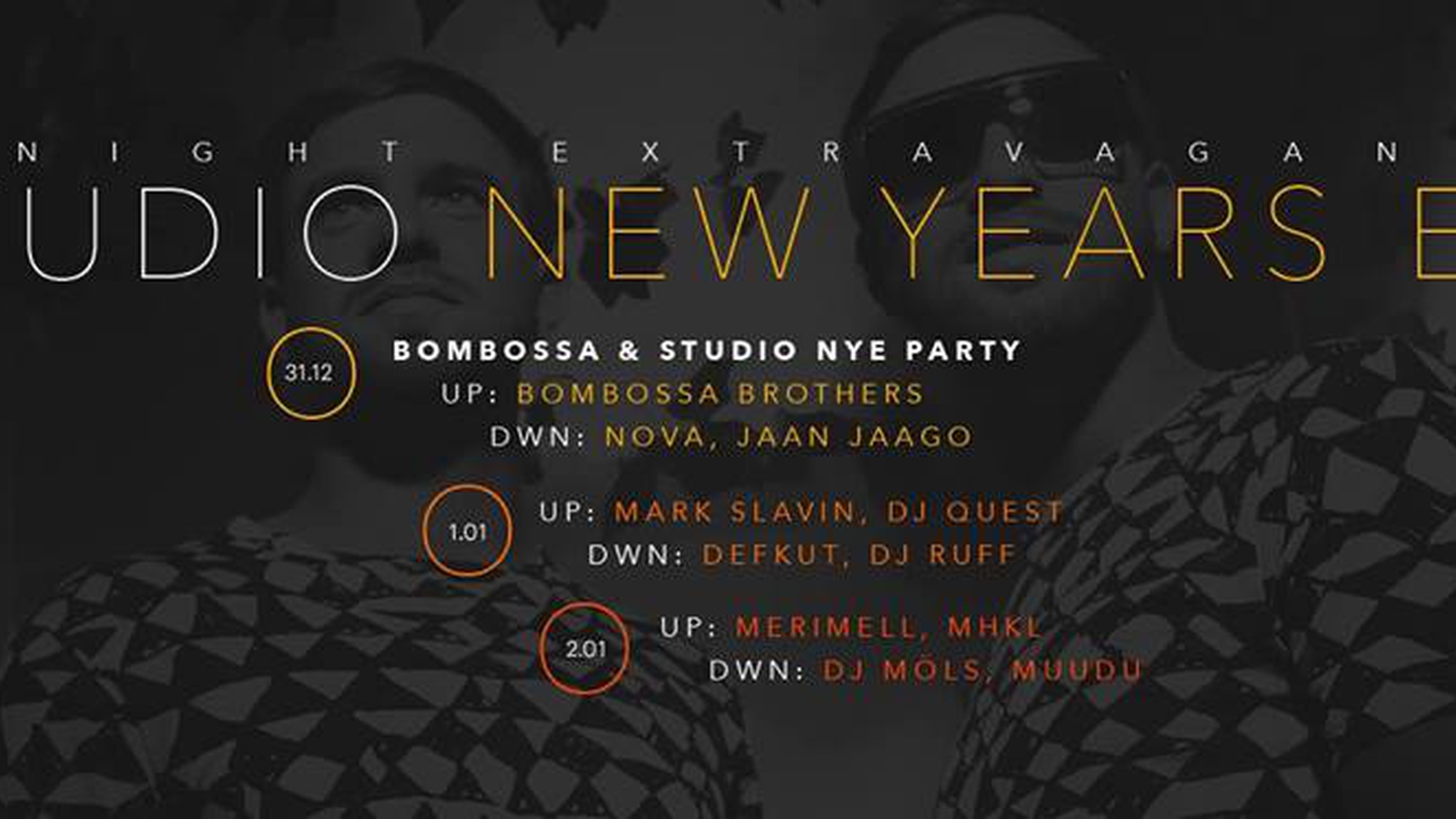 The end of another exceptional year is approaching. This also marks the end of our birthday month, in honour of which we would ask you to join us in welcoming 2016 at Club Studio. Since this year, we will be welcoming the New Year on a Thursday, we have opened the doors for our guests on the two following nights as well! All resulting in a three night year-end extravanganza!

Doors will open at exactly midnight and festivities run into the early hours of the morning. Come party your way into the New Year!

NOVA (All In)
JAAN JAAGO (Öötöö, All In)