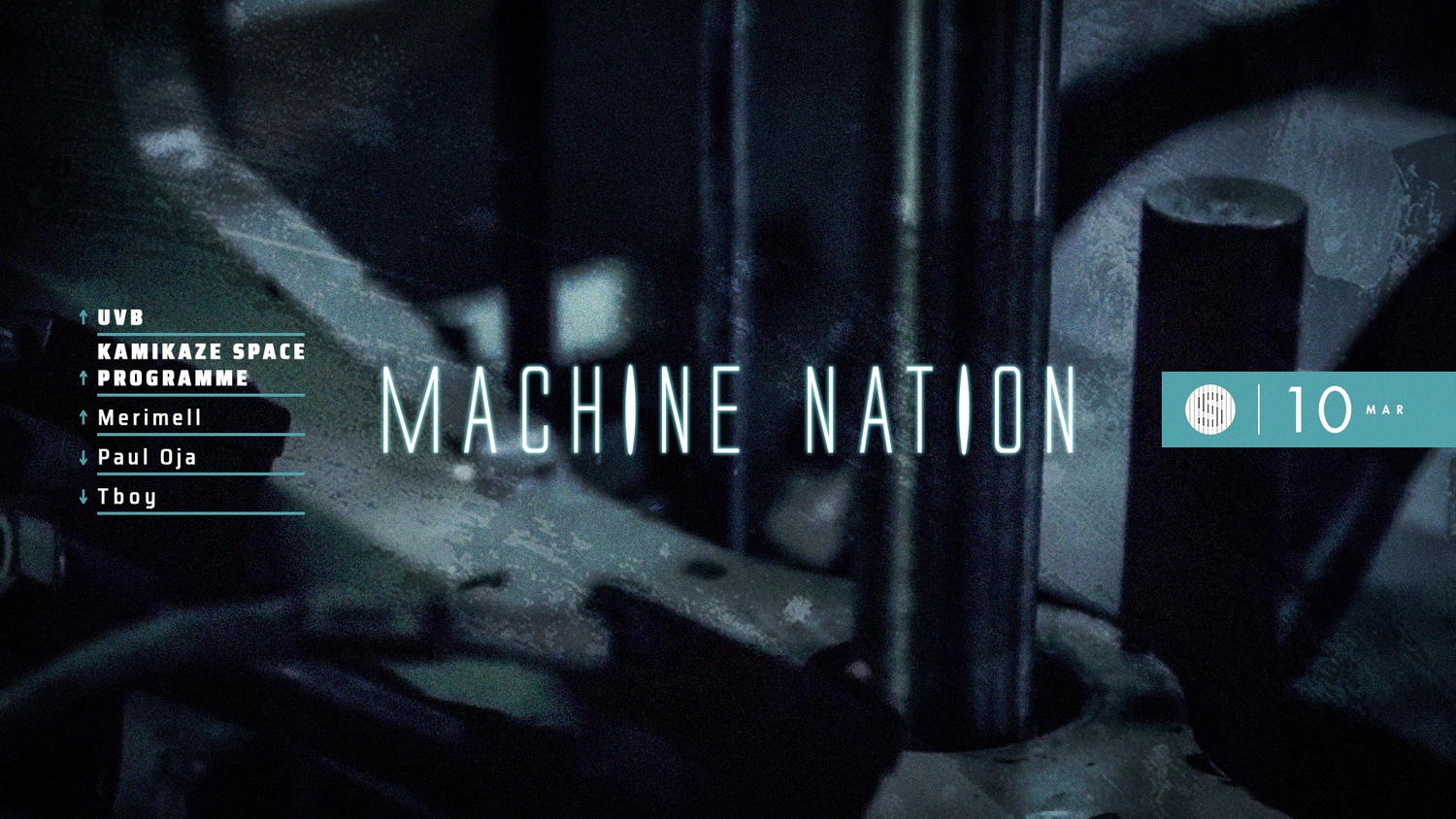 It's time to Techno! Machine Nation is back in Studio and this time we host the French Techno legend - UVB, who is supported by well known Kamikaze Space Programme and resident MERIMELL.

UVB aka Sébastien Micheli is a French DJ and a producer. He grew up with a huge passion for music and from 2009 He started to focus all His energy to electronic music. The music He released  catched a lot of people's attention and soon enough was touring the world. Mord Records and Body Theory are the main two record labels that have released UVB-s music. Probably every Techno DJ You can think of has played His music.