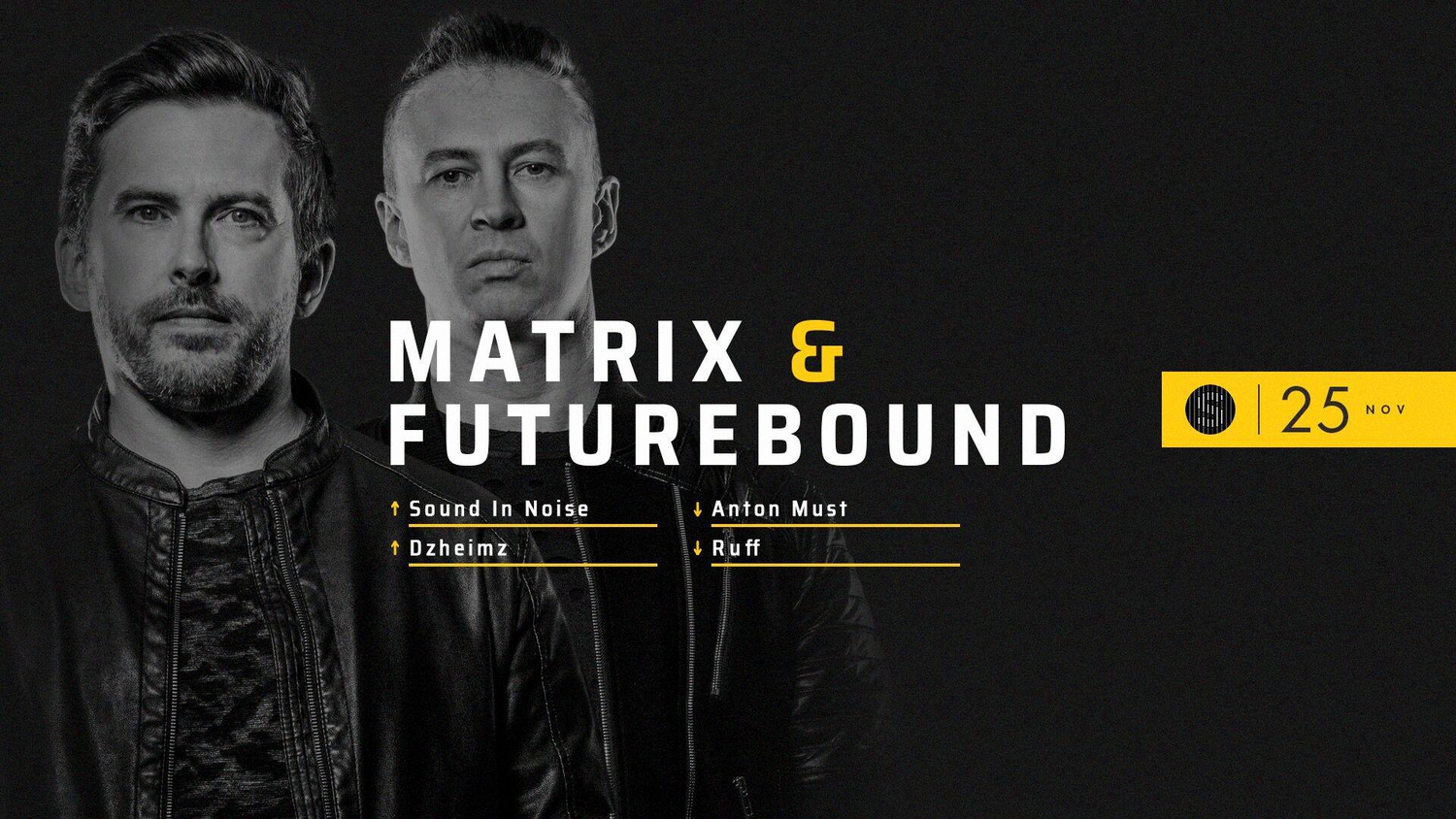 Setting standards in the industry ever since they first collaborated in 2005, Matrix & Futurebound possess one of the most impressive track records in Drum and Bass history. Boasting four consecutive Top 40 UK tracks with a back catalogue including hits such as ‘All I Know’, ‘Magnetic Eyes’, ‘Don’t Look Back’ and the legendary ‘Control’ – which was recently awarded Silver sales certification in the UK.

As well as achieving crossover radio success, Matrix & Futurebound have delivered some of the biggest Club records over the last decade. Tracks like 'Glow Worm', Shadows' (w/Tantrum Desire) and the recently released, 'Scatterbrain' confirm their status as true pioneers of their scene with success on radio and dance floors simultaneously. These club bangers earn respect of their peers with radio support from the likes of Friction, affirming the production duo two of the most respected names in the business.

With a string of hugely successful remixes under their belt including Emeli Sande, Tine Tempah, Jess Glynne, Eric Prydz and Birdy, Matrix & Futurebound launched new single ‘Fire’ featuring Max Marshall for November. With ‘Control’ reaching #7 on the UK’s Top 40 Singles chart and accumulating over 5.4 million views on UKF and Liquicity’s YouTube channels combined, it’s clear that Matrix & Futurebound and Max Marshall are forces to be reckoned with when paired up in the studio. ‘Fire’ sees Max Marshall bring her stunning vocals to the powerful feel-good track which is sure to catapult Matrix & Futurebound into the public eye and re-affirm them as true pioneers of our scene.

Prior to teaming up in 2007, both members enjoyed success in their own right. Matrix first broke through with the techno-infused ‘Sleepwalk’ album on Virus Recordings before crashing into the charts at #6 with ‘It’s Love (Trippin’)’ under his house pseudonym GoldTrix. Meanwhile, Futurebound built his reputation on labels such as Moving Shadow, Infrared and Timeless before launching the influential Viper Recordings in 2004 that has gone from strength to strength breaking some of the most cutting edge acts in the scene.

Their chart breakthrough came with two Top 30 hits with ‘All I Know’ and ‘Magnetic Eyes’ before ‘Control’ became their biggest hit to date. The follow-up singles, ‘Don’t Look Back’ and ‘Happy Alone’ represented the duo’s consistency with both singles consecutively playlisted at Radio 1.

Creamfields, EDC UK & USA, Global Gathering, Liquicity, Secret Garden Party, Nocturnal Festival, Let It Roll, Brixton Academy, Womb (Tokyo) and the Viper:Live shows worldwide have been just some of the highlights of the duos many live shows over the last 12 months.