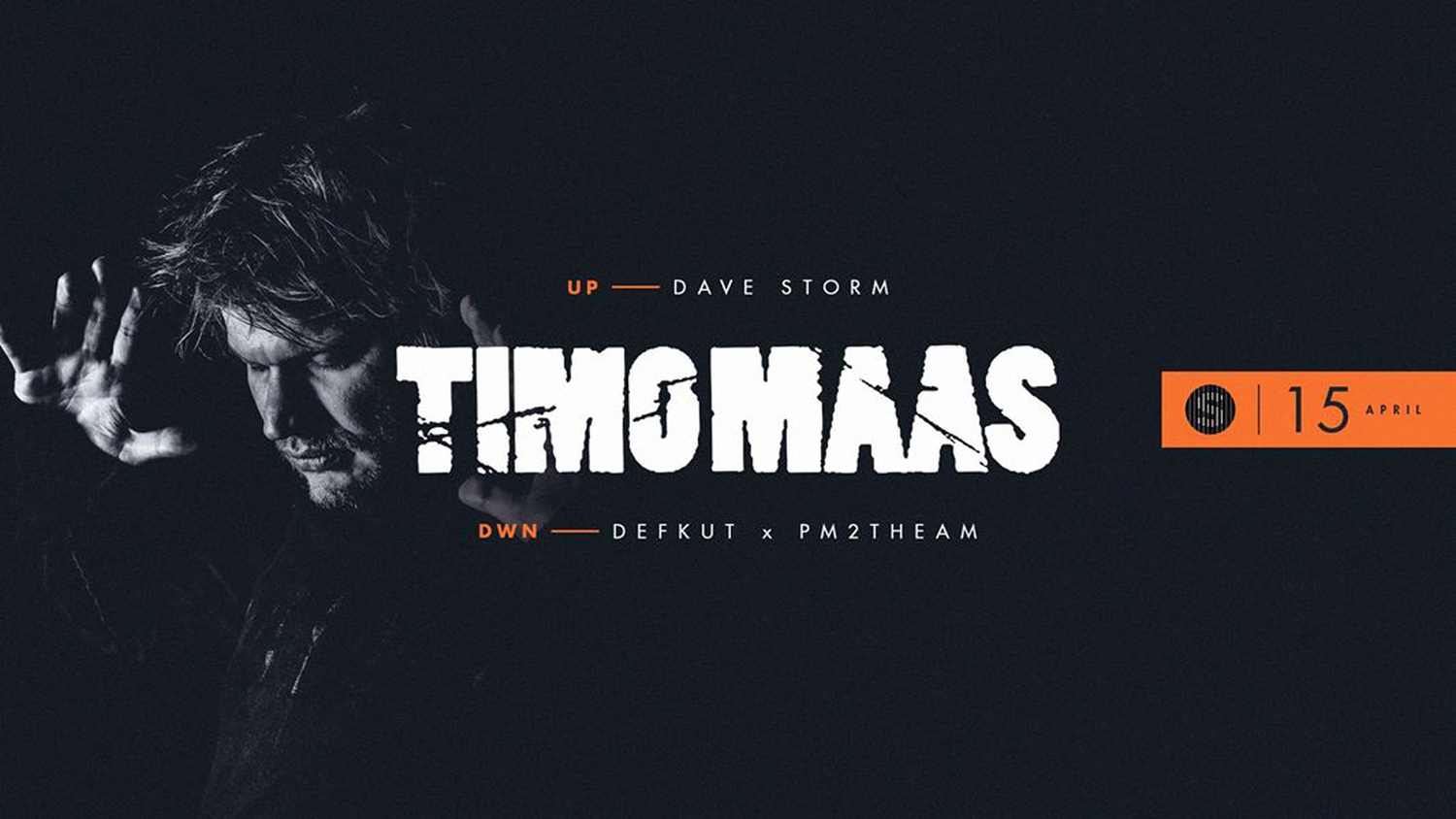 Timo Maas has been on a 35-year quest to deliver his musical wizardry to the world. In fact, music is such an intrinsic part of his DNA that it’s one of his main modes of communication.
Music is the driving force behind a career that spans three decades and is only gaining speed. From a residency at the groundbreaking Circoloco at DC10 in Ibiza, where he has been entrenched for over 15 years, to tours around Europe and the rest of the world, Timo Maas maintains a high level of performance. In tandem with his global tours, the visionary German also dedicates his time to conjuring up fresh new productions in his studio, picking up a Grammy nomination in 2004. His international recognition began with his seminal remix of ‘Dooms Night’ by Azzido Da Bass. Adopted by the UK’s garage scene, it launched him on to the world stage and he was soon being courted by a plethora of superstars including Madonna, Depeche Mode, Fatboy Slim, Muse and Kelis. He has produced three albums, ‘Loud’ in 2001, ‘Pictures’ in 2005 and, most recently, ‘Lifer’ in 2013.

As a shy youngster, Timo’s fascination with music became his calling card, a way for him to connect with other kids at school. Fast forward to today and, though he’s is far more confident in himself, his love for sharing rhythm, melody and bass remain his primary method of connecting with people and showing the world what he’s all about.

A music obsessive, Timo’s attention to detail and consistently high work ethic, are the foundation of his success. At one point he built a studio in a barn next to his house, where he installed Funktion-One speakers so he could make music that was perfectly attuned to a club environment, such was his desire to please the dance floor and refine his sound. There’s depth, emotion and subtlety in his creations, spliced with beats and basslines to make even the most lacklustre dance floor get a little crazy. Ultimately, he is an artist whose roots lie within the club environment. He is a DJ first and foremost, injecting his experience in the booth to his artistry in the studio.

Timo’s last album, ‘Lifer’, included collaborations with a diverse range of artists including Placebo’s Brian Molko, James Lavelle and Mikill Pane. Since the release of that long-player, he has connected with James Teej of My Favorite Robot, forming a close bond with the Canadian, which has led to a series of exciting projects, most recently a remix for Black Butter Records and an incredible collaboration with Paul McCartney on Virgin, that saw the pair freshening up and reinvigorating an old classic. The single, called 'Nineteen Hundred And Eighty Five', took the world of dance music by storm with its mysterious white label debut. The momentum around the release soared, only to be further boosted by an incredible music video, premiered in May 2016 by Nowness and Rolling Stone Germany. The track received strong support by BBC Radio 1 powerhouses Annie Mac, Pete Tong and Annie Nightingale on their respective radio shows and received praise from the likes of Billboard, Rolling Stone, NME, Clash Magazine and I-D Magazine.

On the solo front Timo has been busier than ever, with a slew of original productions and remixes, from the underground right up to the pop world. Artists like Pezzner and Loco Dice, through to Roisin Murphy & Morcheeba - all benefitting from his expert touch in recent times, not to mention an EP titled Once Upon A Time on Sasha's legendary Last Night On Earth label. In conjunction with his studio work, Timo maintains his own label, Rockets & Ponies, which has been home to some seminal works – in particular, an EP comprising of Ricardo Villalobos' remixes of famous German jazz drummer Wolfgang Haffner.

As time passes by, Timo Maas remains relevant, hungry and bursting with ideas. Never looking to the past, always in the here and now, his depth of experience and knowledge is unparalleled among many of his contemporaries. He inspires the new generation, who in turn inspire him. This two-way dialogue promotes a relentless, unwavering love for music and DJing. From his formative years, in a small town called Buckeberg, up to today, Timo Maas has retained a love and passion for making and playing music that is indelibly etched into his psyche. It makes him the man he is today; driven, positive, infinitely creative and full of magic.